Cloak of Feathers: Witches of Ganth 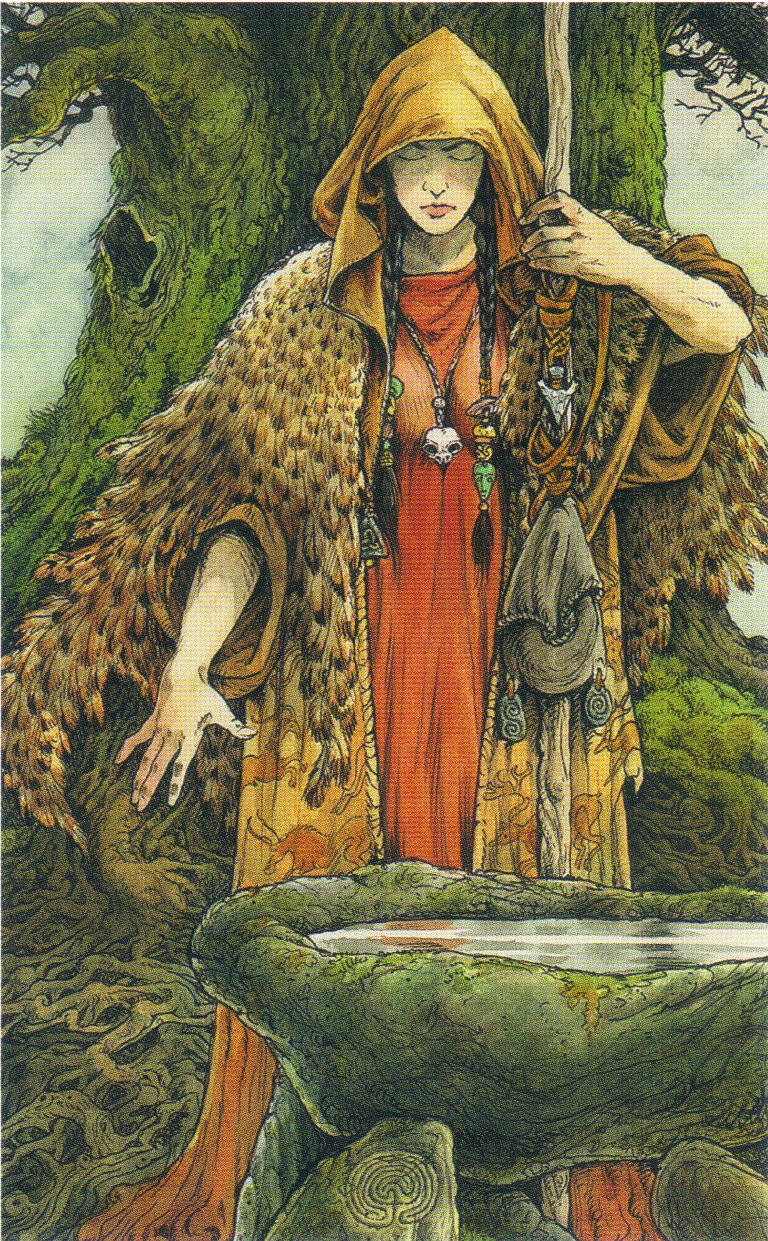 Witches are not something you choose to be in Ganth, it's a birth right, something man has dealt with since the foundations of Wynter. Not born of hate or of wickedness, like the Daughter's followers would have you think, nor tainted by foul demon blood like the Jinn of the Golden Cities. The Witch is something strange and different. They are neither bane nor boon to the lives of those dwelling in the lands of Ganth. They are here but not "here". They have the ability to see into the in between places of the Veil of Worlds, and call on those that dwell in these places. Spirits of the forgotten and lost, the dead that are not dead and the yet born and never born.

Some may think they are called by elf or by Fae but this is not right either, the elf has no understanding of the Witch's place in Ganth, the Witch's arts are not of the Fae or Seelie Courts. Witches carry the crafts of Man that harm the Fae iron and wrought metal are as natural to the witch as any dwarf or man of Ganth. Witches it is said stole fire from the gods, and tricked the Fae to bring magic to Man.

Witches it seems are just creatures out of place, not welcomed by Man nor Fae, they exhibit a strangeness. They try their best to be left alone to remain neutral but from time to time they rise or fall for good or ill. The Hags are the result in a witch falling to the sway of power and Chaos, and the White Witches are an order of witches dedicated to the cause of Law.

Witches it is assumed base their magic off the natural world, that like Druids they are bound to and off the natural world, this is untrue. Witches are unnatural, not of this world, as elves are to Fae so witches belong to some source or place not fully revealed. Because of this Elves avoid Witches like they disdain human cities as something not wholly natural, and Druids, Druids hate witches to the point of starting wars of genocide. 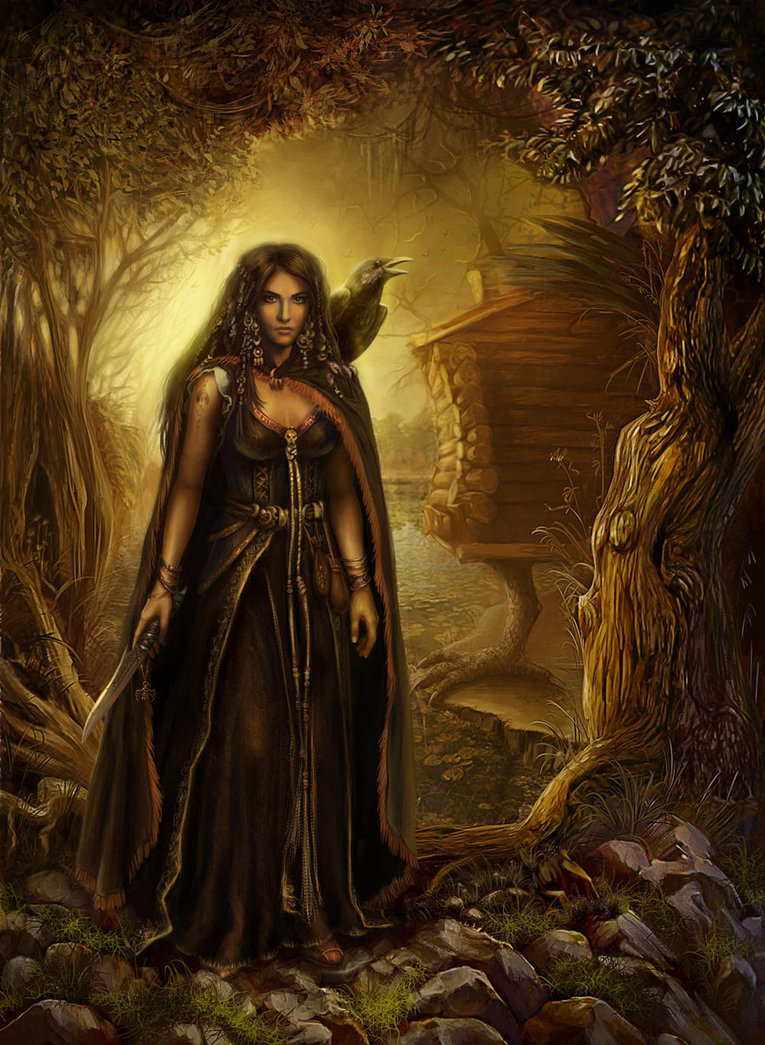 Witchcraft and the practice of magic by witches is nothing that can be taught to non-witches. It is something special and unique to the Witch. Witches require the blood of life to perform much of their spell casting, either through the sacrifice of their own vitality or the vitality of another living being or creature. Usually this act is measured and balanced, however Hags regularly use the entire life's blood of a being or creature, a truly evil act. The White Witches draw only from themselves through self sacrifice.

Witches shun armor but have had a long time practice of using swords, most use long swords crafted of blackened True Iron enchanted to be lethal against their enemies. One small coven of Witches in the Frozen North are known to use Great Swords of blacked True Iron, known as Fae Killers they serve the Queen in the North, Beira.

Witches are always women, and male children born to a Witch are well treated, most grow up to be Warriors that serve and protect the Covens. Female children are always raised communally by the Coven where as the male is raised by his mother and father, and trained in the arts of combat. White Witches leave male children in civilized villages to be raised by normal humans, while males born to Hags are devoured.

Witches are always born with some physical disability or birthmark, a stooped back or a lame leg, but sometime strange hair colors or skin colors. Common among the Witches in the North is pale white skin with raven or stark white hair. Witches of the Western Woods tend to be born with shades of skin color like the rich brown woods they live in. The Eastern Witches are born with olive colored skin and yellow hair. Witches of the South tend to reflect many of the surrounding cultures and appearances that they hail from. 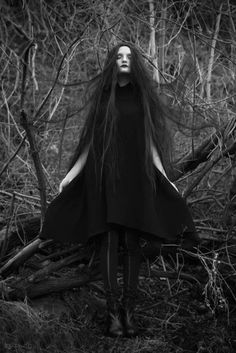 Little is held sacred to the Witch, True Iron for it's protection, anything in triples is considered an
omen for good or ill depending what it is. Witches generally are atheists, its not that they deny the existence of gods they just see them as not deserving any veneration. Witches are tuned into the spiritual world, the inbetween places of life and death, and it's here they find that the gods have no real power or influence. Creation to them is an act of the universe as a whole not the whim of gods. Witches do recognize the All-Father, Adon as an important aspect of their core beliefs but offer him no veneration, believing that Adon is nothing but the personification of the Universe.

Witches, like Halflings are the only mortal race that can transverse the Astral Stairways that move between the planes however unlike Halflings Witches can move freely in and out of the Ethereal plane and the plane of Shades. Wyterhavian's hunt and murder Witches because of this, as they see it as a threat to the security of the City of Wynter because of it's tie to the Ethereal Plane. 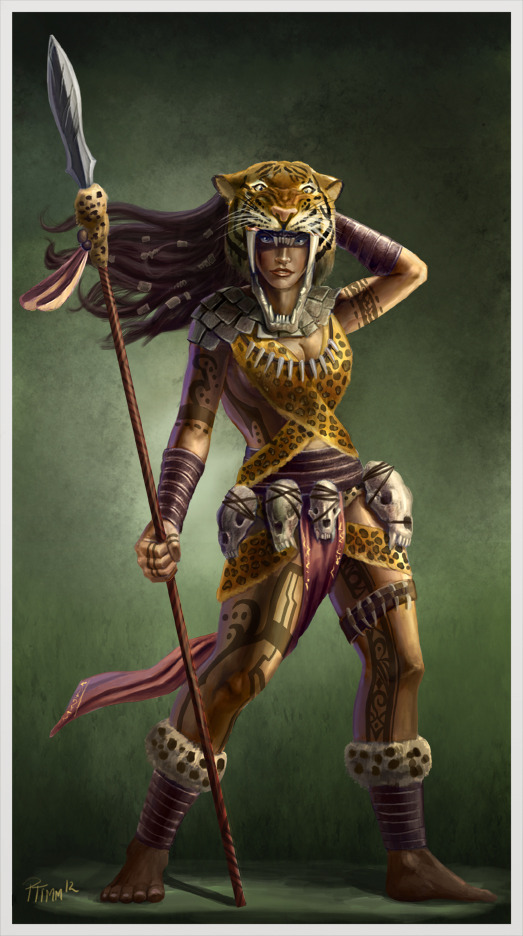 Witches have a unique relationship among the Trolls and Giants of Ganth. Giants consider the Witches as "Little Sisters" and revere and honor the Covens with recovered lore and artifacts of the Great Age when Giants ruled much of Ganth. Giants believe that Witches are the true new children of Ganth and that the gods created the Witches to rid the world of it's invaders, the Fae.

Trolls serve the Hags of the East, their relationship is less platonic as other Witches have with Giants, Trolls are the result of males being born to Hags, and then slowly mutated and changed to their twisted shapes. They are dedicated to Chaos and utterly serve their Hag mother, even at risk to their own lives.

Witches have no formal government, although once every few decades a conclave of all the covens unite, even the Hags in the East are bound to this. The conclave discuss issues and matters of importance to Witches. Witches chose new mates or males are traded among the more chaotic covens. Witch smiths of True Iron trade smithy secrets and techniques, contracts are made between covens and other trade is performed. The entire conclave his hidden and secret and outsider are never allowed to participate, although there has been times when outsiders where allowed to address the conclave under special conditions.

Gaming Notes:
The problem here lies in whether I want to do the witches as a race or a class. I am going with Labyrinth Lord for Ganth, and part of me thinks a racial class would be the best. Witches are technically a race with a lot of powers very specific to what they are. Of course male "witches" are just regular humans. So nothing would keep a player from being a male "witch". I think building them as a racial class similar to the Elven racial class is the way I want to go. I would pull back on the fighting side of the class, and I am looking at using a mechanic similar to spell casting in DCC for the Witches spell use.

Part of me thinks that this may even be a "NPC" class like the old anti-paladin of the 1e era.

If you are inclined, tell me what you think.